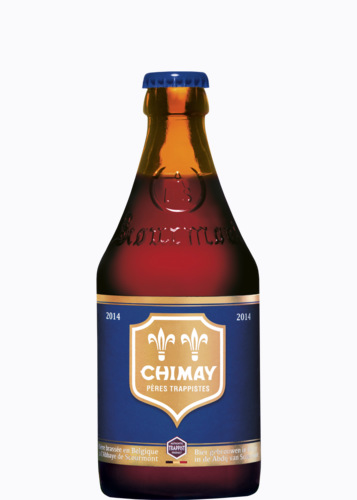 It was first launched in 1948 as a Christmas beer. But its increasing success led to year-round production and Chimay Blue soon became the leading hallmark of the Abbey range, lending its characteristics to its larger sisters ‘Grande Reserve’, released in 1982, and the 1,5l. ‘Magnum’ first sold in 1993. Chimay Blue is principally distinguished by its character of a strong beer. It is a beer whose fragrance of fresh yeast with a light, flowery rosy touch is especially pleasant. Its relatively dry flavour uncovers a pleasant caramelized note making it an ideal thirst-quencher when served chilled. When served at ambient temperature, its full strength is released and it reveals its richness of both body and soul. Chimay Blue is a vintage beer that will continue to improve over the years if stored in a dry and dark place. Chimay Blue is the top fermented Trappist beer, refermented in the bottle, is neither filtered nor pasteurized.